The power outages in Texas caused by the recent passage of Hurricane Harvey haven’t all been repaired yet. Now a whole lot more people next door in Florida are finding themselves without electricity thanks to the arrival of Hurricane Irma. According to the latest update on Irma from the United States’ National Hurricane Center:

The center of Hurricane Irma made landfall at Cudjoe Key in the
lower Florida Keys at 9:10 am EDT. A gust to 106 mph (171 km/h)
was just reported at the National Key Deer Refuge in Big Pine Key.

Here’s how Irma looked from the Suomi satellite whilst crossing the Straits of Florida: 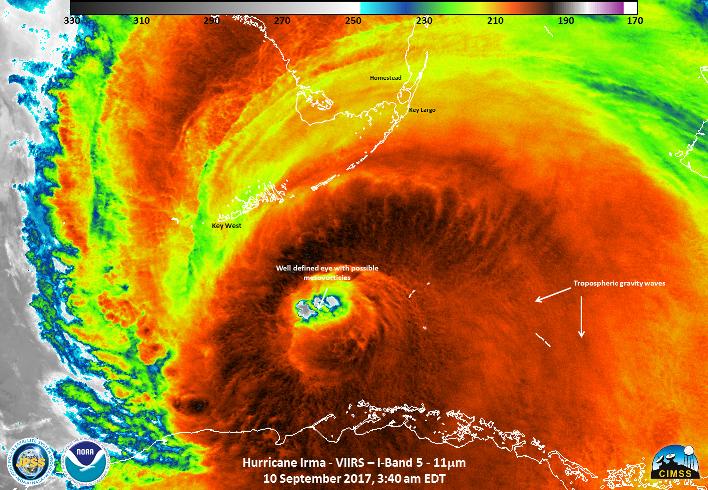 This is the National Hurricane Center’s storm surge forecast for the next three days: 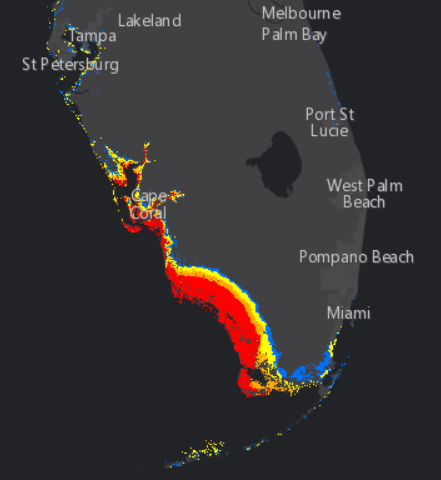 The red area represents a greater than 10% chance of a surge of nine feet and over. Finally, for the moment at least, here’s Irma’s current forecast track from slightly earlier in the day: 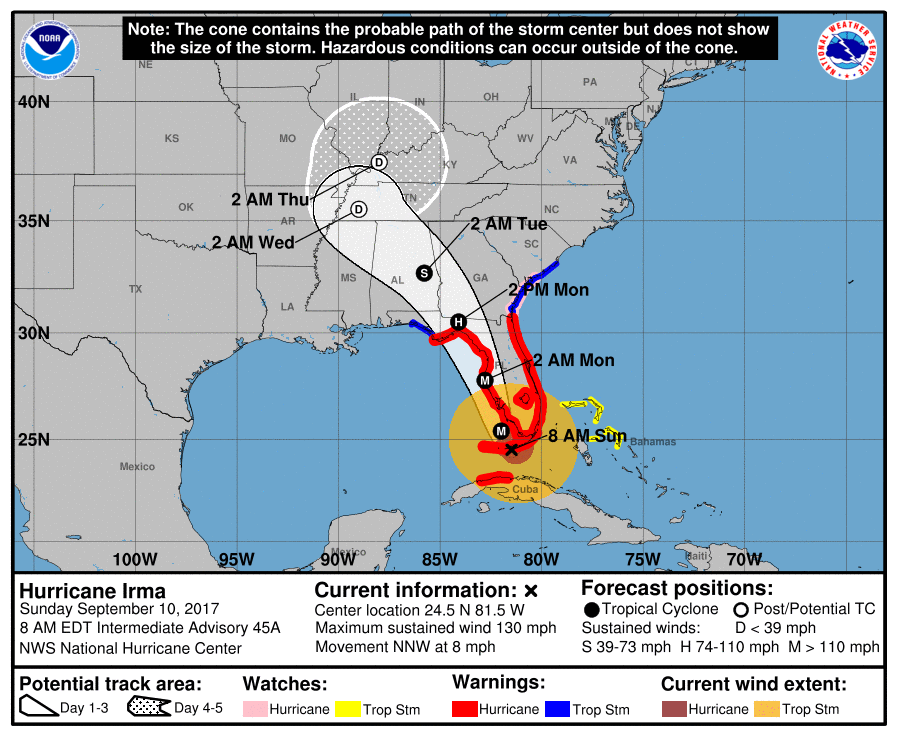 Already over 750,000 premises across Florida are without electric power.

Here’s a video from ABC about the effects of Hurricane Irma on Florida’s electricity distribution infrastructure:

Another video in which Rob Gould of Florida Power and Light says:

What we will see on the west coast is a wholesale rebuild of our electric grid.

At 9 AM this morning British Summer time the lights have started going out in Georgia, and over 4.5 million premises across Florida are without electric power.

Florida Governor Rick Scott reports on the impact of what is now Tropical Storm Irma:

There are now over 6.5 million premises across Florida, Georgia and the Carolinas without electric power.