A Nissan press release has just landed in my in box, and I’m now so excited I’m going to reproduce it in reverse order! The final bullet point reads as follows:

Earlier in the release the following points are also mentioned:

Nissan has confirmed the all-electric LEAF range will benefit from a new N-TEC limited edition, joining the cross car line N-TEC versions of Micra, Qashqai and X-Trail, which were launched in January. 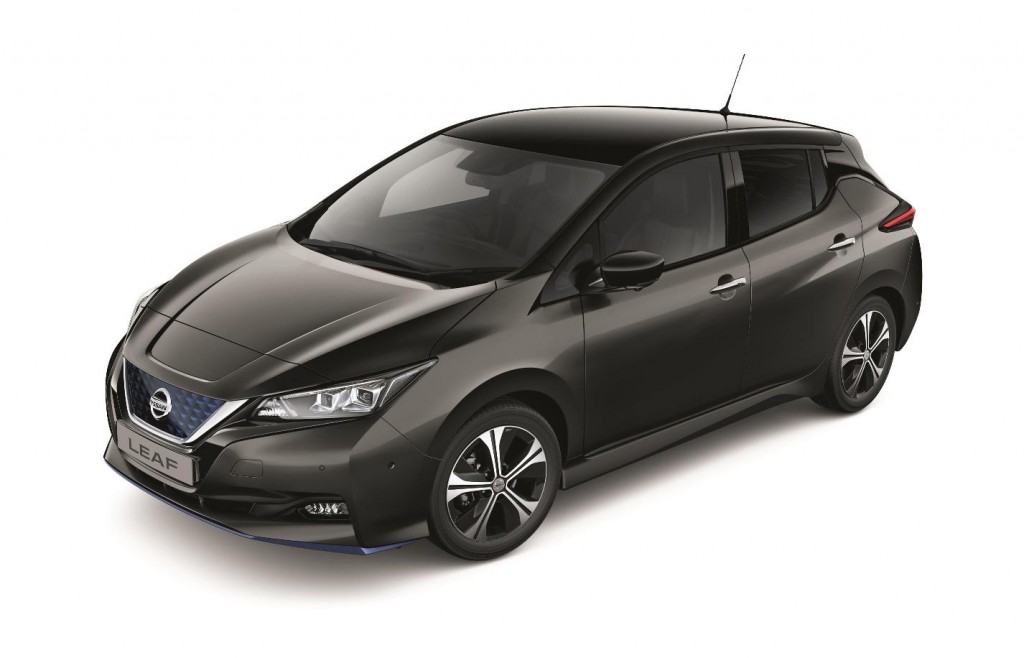 Priced at £32,795 OTR (including the £3,500 Government Grant) the LEAF e+ N-TEC creates a new accessible price point for the higher 62kWh capacity battery drivetrain. Launched in summer 2019, the e+ version of LEAF delivers 217PS of power, 340Nm of torque and up to 239 miles of range (WLTP combined) on a single charge.

The LEAF e+ was previously available as a range-topping Tekna version. The new N-TEC edition, limited to just 1,000 examples, is based on the N-Connecta grade of the 40kWh line-up, but with added technology and styling, complementing the higher capacity 62kWh battery.

I have endeavoured to contact both Nissan UK and OVO for comment, but they have yet to get back to me.

P.S. Nissan UK have been in touch. They assure me that the 62 kWh LEAF N-TEC is already in production, and if the 1000 special edition vehicles haven’t all been sold by March 31st a new finance offer will be made available. Based on that conversation it sounds as though the “free” V2G wallbox is available as part of OVO Energy’s continuing V2G trial, and is not dependent on Nissan’s finance. Full details can be seen at:

Our V2G Charger stores electricity in your Nissan electric vehicle battery when it’s cheaper and more likely to have been produced by renewable sources, then sells energy back to the grid when it’s in demand.

Sign up to OVO Energy, join the trial and you’ll get a groundbreaking charger for free. You will also get a £75 credit on your OVO Energy bill and a payment of up to 30p per kWh of energy exported back to the grid.

Watch this space for more news as and when we receive it.