Regular readers with long memories may recall that way back when in November 2017 we here at V2G UK announced the launch of our Static and Mobile Distributed Energy Storage project? Those readers can no doubt imagine my surprise when I recently discovered an article by Sebastian Blanco in Forbes magazine announcing that:

There’s the grid, the evolving smart grid and then there’s no grid at all. That’s the paradigm that Tesla is exploring in a new patent application, Number 16/186390, which calls for controlling energy generation interactions (solar roofs, anyone? ) that bypass the electric grid. 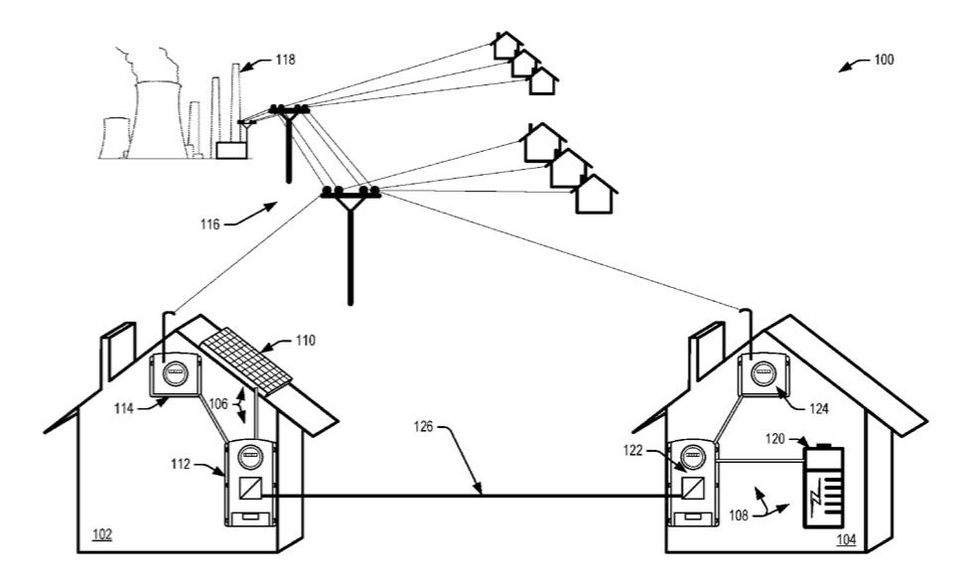 To my way of thinking that’s remarkably similar to the left and central portions of the much more colourful “prior art” in the banner that’s been proudly displayed at the top of every page on this web site for many years now. Do you suppose that Elon Musk is an avid reader of the V2G UK web site? If so perhaps he first arrived here way back in 2014 when I took Tesla’s marketing mavens to task over their propensity to be “economical with the truth” concerning open source electric vehicles.

This application is a continuation application of U.S. patent application Ser. No. 15/153,037 entitled “ENERGY GENERATION INTERACTIONS BYPASSING THE GRID,” filed on May 12, 2016, which is herein incorporated by reference in its entirety for all purposes.

That seems to refer to this 2018 patent assigned to “SolarCity Corporation, San Mateo, CA”. Does the US patent office by any chance have a number to call to advise them of occurrences of “patenting the bleedin’ obvious”?