I expressed my interest in purchasing a Raspberry Pi from both Farnell Element14 and RS Components way back on April 18th. Finally my patience has been rewarded, and the one from Farnell landed on my doormat this morning. This is what it looks like: 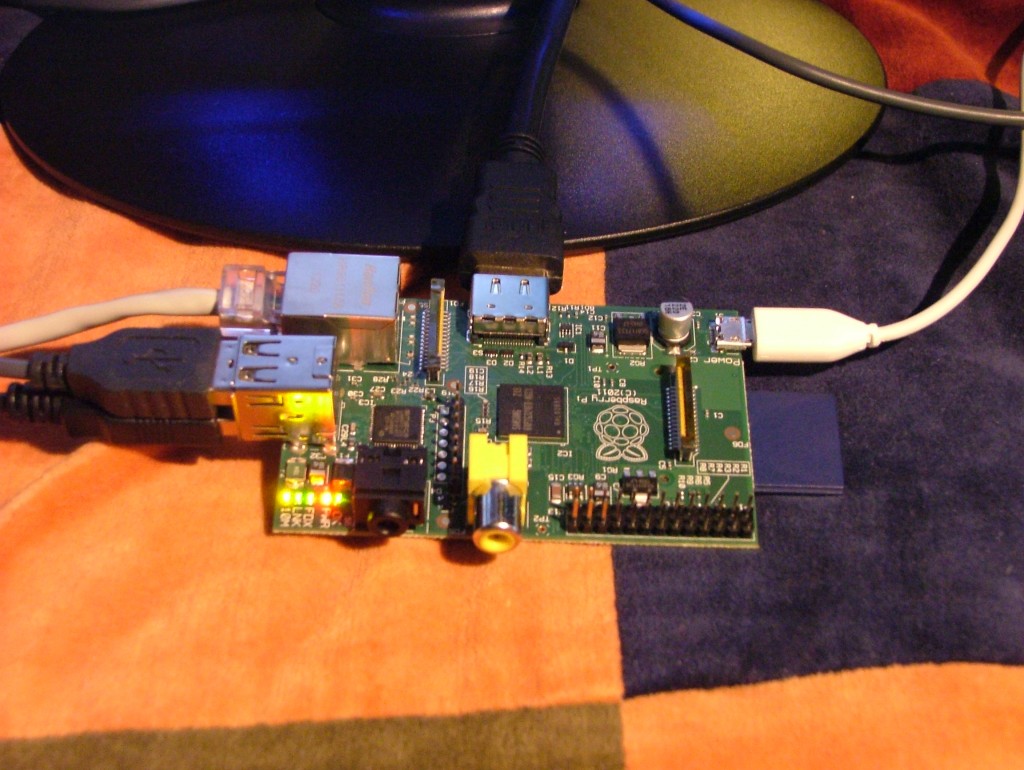 The V2G Raspberry Pi connected up and working well

I followed the instructions for “if you’re just starting out” and loaded my trusty 8Gb class 6 SD card with the Debian “Squeeze” flavour of Linux, downloaded from the Raspberry Pi downloads page. Then I plugged everything in and powered up my Pi using the charger from my Kindle. According to the label on the bottom this puts out “5V at 0.85A”. This seemed to be adequate, since things seemed to work as anticipated after starting up for first time. I found I needed to start X manually (“sudo startx &” seemed to do the trick) and having done that opening up an xterm and the Midori web browser went well enough also. Here’s how things looked at that stage: 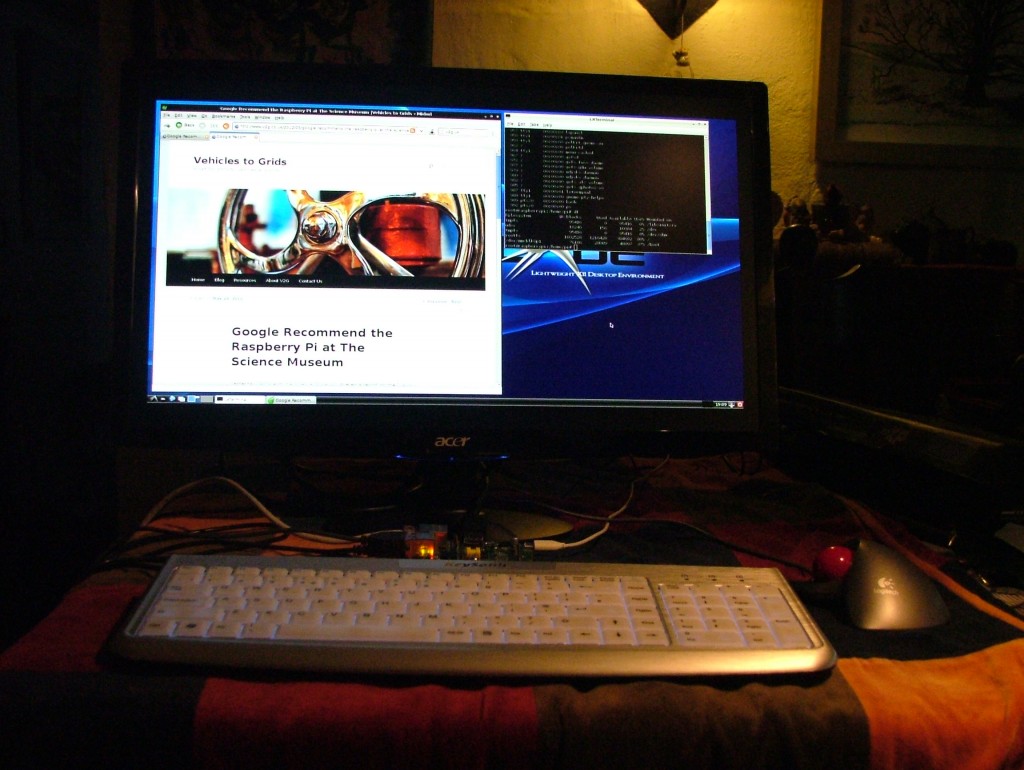 I did notice that scrolling through the V2G blog become remarkably similar to wading through treacle at one point, as the CPU usage indicator hit the end stops. As teething troubles go running embedded Linux on a new board for the first time that’s pretty minor though, I can assure you!

Apart from Debian, other prebuilt images are available for the RasPi. As a CentOS/Fedora man myself I was pleased to discover that  Fedora is available too, even though it’s not advertised on the main download page. That’s what I’ll experiment with next, as soon as I’ve ordered a few more SD cards. As if all that wasn’t enough to be going on with a new kid on the block arrived a few days ago, since an official port of Google’s Chromium OS by Liam McLoughlin is now available also.

Finally, for the moment at least, a few days ago I got an email from RS informing me I could now preorder a Raspberry Pi from them too. The only downside is that the lead time currently appears to be 11 weeks!

1 thought on “V2G Celebrate the Arrival of a Raspberry Pi”