Land Rover have recently announced that:

The first Electric Defender started worked work at the Eden Project near St Austell in Cornwall this summer in an inaugural real world trial of its capabilities. Unveiled at this year’s Geneva Motor Show, the Land Rover Electric Defender is a pioneering research project into the electrification of an all-terrain vehicle.

The project forms part of Land Rover’s overall sustainability objectives which have included the move to aluminium platforms in the latest all-new Range Rover and Range Rover Sport as well as the forthcoming Range Rover hybrid products. The innovative 4×4 is a rolling laboratory to develop new ideas, and investigate electrification in a real-world environment. A fleet of six vehicles will be placed with organisations where their performance can be assessed.

Here’s what both the Electric Defender and The Eden Project look like: 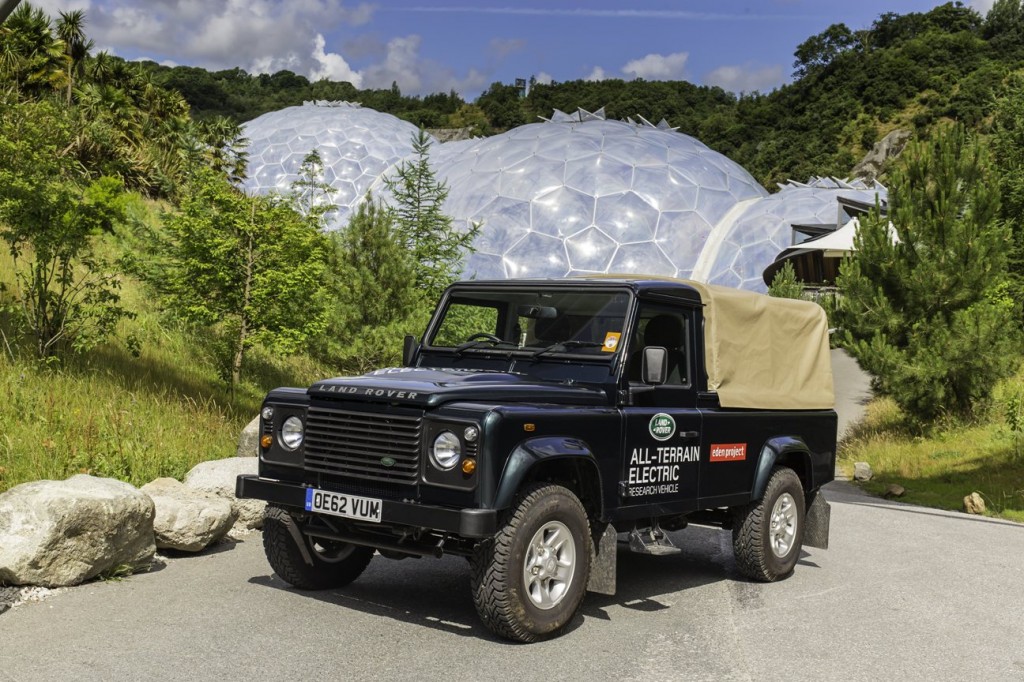 The press release also reported the opinions of senior managers involved in the project. Jeremy Greenwood, Principal Engineer on the Electric Defender project, said that:

The car has been modified so it now includes a second battery. That will allow it to work a full day at the Eden Project, but also improves weight distribution and stability. In addition, we’ve linked the land-train’s air brakes to the foot pedal of the Land Rover, enhancing safety.

We’re very pleased to be working with Land Rover on this exciting project. It will be a great talking point for our visitors and proves that electric vehicles can be every bit as tough and rugged as their fossil fuel counterparts, while being much quieter, cheaper to run and with zero emissions at the point of use.

Here’s a video of an Electric Defender in action, driven by Robert Llewellyn of “Fully Charged” fame. Feel free to ignore the Ecotricity advert at the end if you so wish:

I wonder if Jaguar Land Rover have any plans for retro-fitting V2H and/or V2G technology to an Electric Defender in their R&D pipeline?