There’s some extremely interesting news in my inbox this morning! According to a Nissan press release:

That does rather suggest that Nissan’s previously announced V2G equipped French regional office has yet to materialise. The press release continues:

Developed by Nissan in partnership with multinational energy provider Enel, eight V2G chargers have been installed at the site and will be available for all NTCE employees to use. The V2G chargers work with Nissan’s electric vehicles (EVs) to provide an intelligent energy management system capable of both charging the vehicles and allowing the cars to give stored energy from the vehicle’s battery back to the grid to help stabilise demand.

The move marks an important step in the company’s plans to make its Intelligent Mobility vision a reality in Europe. The integration of V2G technology brings to life Nissan’s Intelligent Mobility vision, demonstrating how zero-emission vehicles such as the 100 percent electric Nissan Leaf and e-NV200 and energy management technologies can work in tandem to create a cleaner, more efficient energy network. 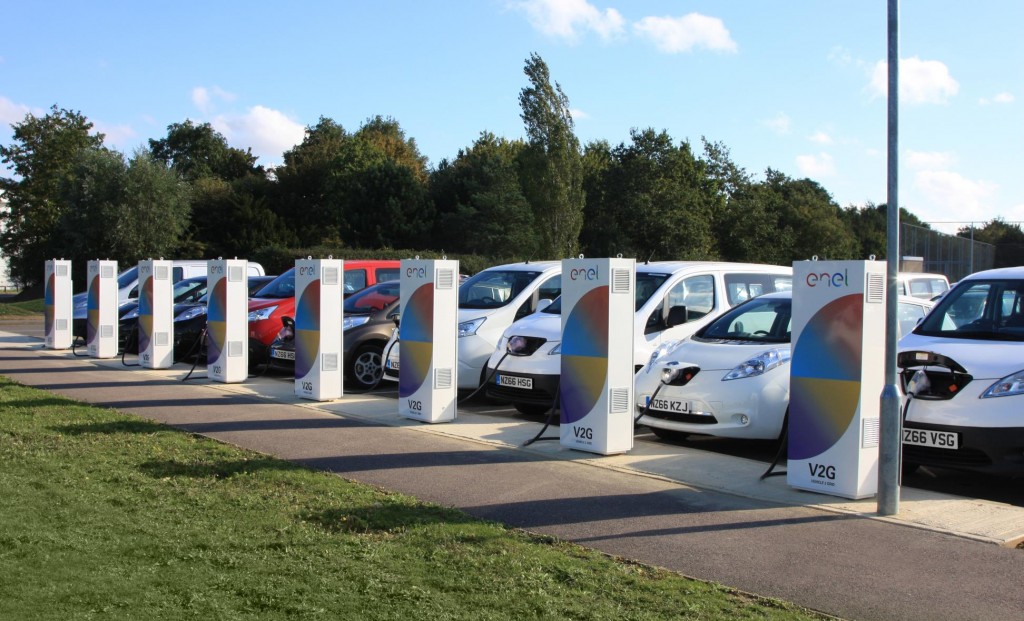 There’s an interesting addendum as well, that I’d previously missed:

Today’s news follows the announcement in August that Nissan and Enel secured their first commercial V2G customer in Europe. Enel has installed ten V2G units at the headquarters of Danish utility company, Frederiksberg Forsyning, making it the first business to commercially integrate and host the V2G units.

2 thoughts on “Nissan Installs V2G Chargers in the UK”