Nissan announced at the Geneva Motor Show today that:

Its new regional office in France will house the largest grid-integrated electric vehicle (EV) system and second life battery storage unit ever installed in a building, anywhere in the world.

The new building will feature 100 vehicle-to-grid chargers, from Nissan’s partner ENEL, allowing Nissan’s range of EVs to plug in and draw down energy from the grid at off-peak periods with the ability to “sell back” the stored energy to the grid. It will also feature a 1 MWh energy storage system, from Nissan’s partner EATON, the battery storage experts, powered by 64 Nissan LEAF second life EV batteries combined with solar energy generation. 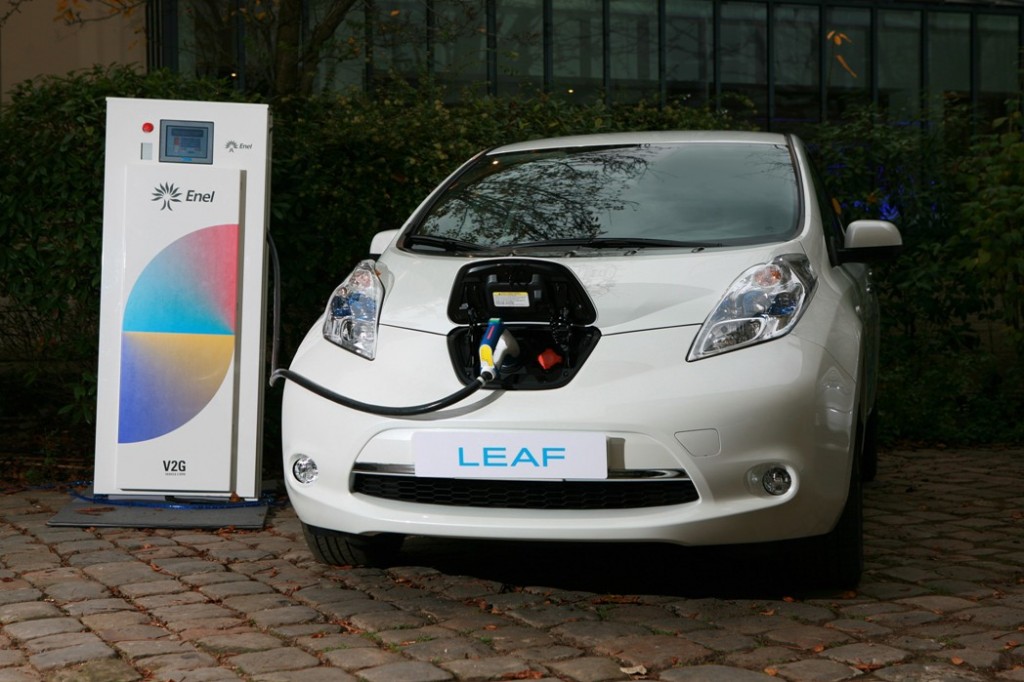 The company hopes to extend this innovative battery technology to other major Nissan sites and facilities around the world over the next few years. The systems which will be installed at Nissan’s new French office will serve as a live test case of what can be achieved when electric cars are used to their full potential.

By reducing grid dependency and using excess energy stored in EV batteries in a smart way, Nissan believes today’s announcement will be a game-changer in the way people and businesses utilise electric vehicle fleets.

The new technology is expected to slash energy costs at the new France office by reducing drawdown of energy during peak periods in favour of off-peak tariffs. The new energy management system will also decrease the amount of contracted power consumed from the local electricity supplier.

Nissan announced plans to create a viable long-term solution to environmental protection in relation to energy use and storage at the COP21 climate conference in Paris last year. This included a partnership between Nissan and EATON on giving electric vehicle batteries a second life as stationary energy storage units and a partnership with ENEL on vehicle-to-grid integration. Grid integration trials have already begun in Denmark.