As Roger puts it:

The more cars that you put in a single area, the more stress that you’re going to put on. The network was never really designed to have so many things all in one place. It was designed for powering people’s homes, for cooking. It wasn’t originally designed for transportation fuel as well!

What happens when, let’s say, 25% of the motoring public are plugging in their car at a similar time? Are we going to see massive blackouts? Are the lights going to go out? I think it’s a key point that needs addressing.

One of the challenges is energy storage, and if we’re putting a huge energy storage capability into the cars can we use that to balance the grid?

To which Bobby responds:

So what you’re talking about then is very much vehicle-to-grid, [energy] going both ways, communicating smartly, the whole development of that technology?

Andy outlines the case for “smart charging” instead of full blown V2G, but adds:

Effectively for every EV we connect to the network, it’s adding an extra house.

and points out that:

The interesting thing about vehicles as well is that they follow where people go. People move from town centres in the day, which is where we have the big load, to domestic places in the evening which also mirrors the load on the electricity network. If we could use the storage built into the vehicles to move that power from cities out into domestic areas then that would replace the need for us to put in extra cables which is going to cause disruption to the network.

If we can harness vehicle-to-grid then that can save us from building any extra cables, digging up roads and causing lots of disruption.

And potentially from building new power stations. You could time shift that power to a certain extent.

All in all a remarkable good advertisement for full blown V2G at the launch of a “smart charging” trial! First things first though. Is your home currently connected to Western Power Distribution’s network? 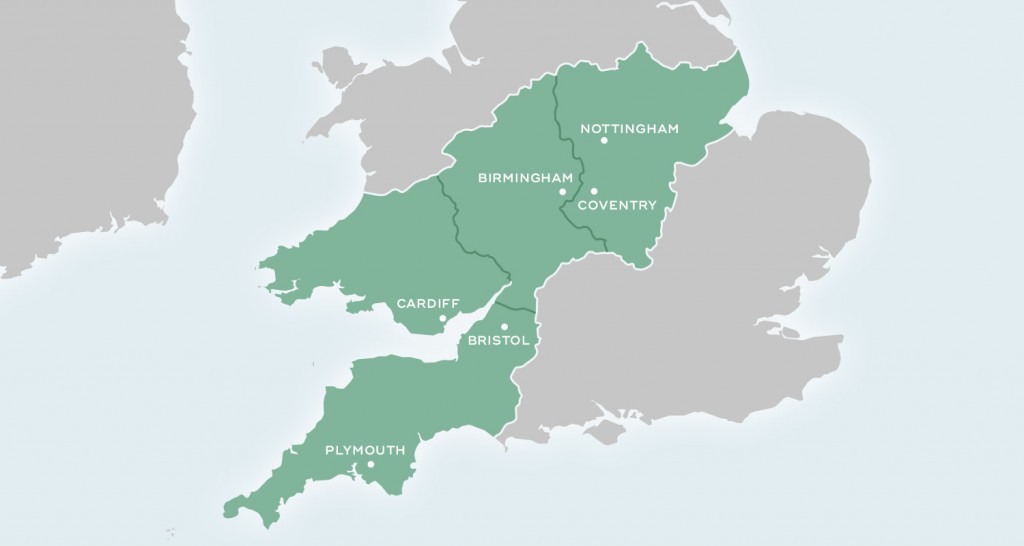 If so and if you have or are getting an electric vehicle and if you haven’t yet taken advantage of the UK Government’s home charger grant you may well be interested in finding out more about the Electric Nation trial:

Electric Nation is seeking to recruit over 500 electric vehicle (EV) owners (including pure electric and plug-in hybrids) to take part in the largest trial of its kind. Participants will charge their cars at home using a smart charger which can manage when and how their vehicle battery charges. The findings of the trial will help electricity network operators to manage the effect of the additional load caused by charging EVs on the local electricity network. This is essential for the security of electricity networks in the future and the decarbonisation of the transport sector which is responsible for approximately 21% of the UK’s greenhouse gas emissions.