V2G have recently relocated to North Cornwall. As a consequence I spent yesterday afternoon with Scott Mann, my new MP, at a meeting organised by the Federation of Small Businesses in Launceston:

Great to meet @scottmannmp with @FSBCornwall in #Launceston town hall today. I discovered that my new MP is a long time @WRENuk supporter! pic.twitter.com/q5wIOqwh6t

Scott imparted a piece of news that hadn’t previously appeared on my radar screen. It seems there’s lots of lithium to be found down old Cornish tin mines! In a news release last month Cornish Lithium Ltd. announced:

Cornish Lithium, today announces that it plans to explore for, and to potentially develop, lithium contained in underground hot spring brines in Cornwall.

The presence of lithium in hot spring brines in Cornwall has been known since the mid-1800s but this was regarded as a curiosity, given there was no developed market for the metal at that time. New technology now offers the potential to extract lithium from these hot spring brines and to supply product to the rapidly growing battery market for electric cars and for power storage.

Cornish Lithium has entered into definitive mineral rights agreements with Strongbow Exploration (listed on the Toronto Stock Exchange, TSX-V: SBW) and Mineral Exploration Limited, and has signed a Heads of Agreement with Tregothnan Estates, to carry out exploration for, and development of, lithium in hot spring brines within the majority of the mineral rights held by these entities.

Rights secured by Cornish Lithium will allow the Company to undertake what it believes to be the largest, single, unified mineral exploration programme in Cornwall’s history.

Here’s a map of the “areas around Camborne, Redruth and St. Day” that Cornish Lithium are looking into: 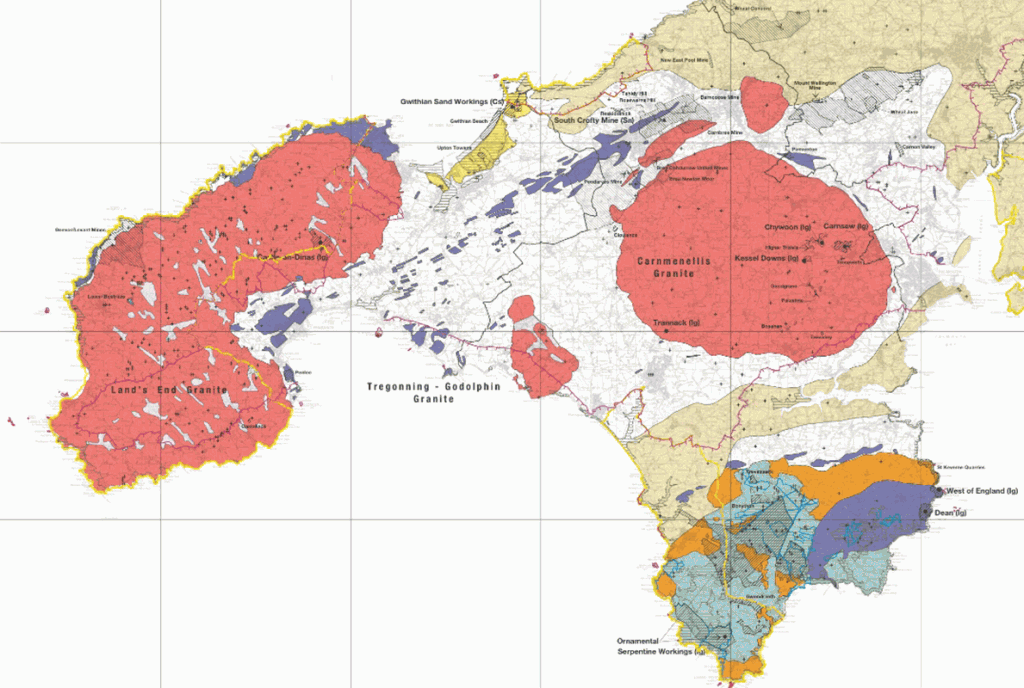 A bullet point further down the announcement also reveals that:

The Company has also secured rights to geothermal energy contained in the hot spring brines. It is anticipated that this energy will be utilised to generate power to reduce processing costs, but also may be used for other industries in the region.

Now as Scott Mann pointed out yesterday, with the potential for tidal and wave power as well as geothermal energy generation the South West Peninsula is well suited for “24/7” renewable energy generation as well as the more familiar “intermittent” wind and solar photovoltaic electricity generation, so that aspect of the proposed project is also of great interest to us here at V2G UK. Getting back to the lithium bearing hot spring brines though, Cornish Lithium’s news release also points out that:

The following day Cornish Lithium announced that this video had been released:

You will note that at around 5:15 Cornish Lithium CEO Jeremy Wrathall says:

We’ll hopefully go into production, with a fair wind, maybe in the next 5 years or after 5 years. That’s the sort of timeframe we’re looking at. 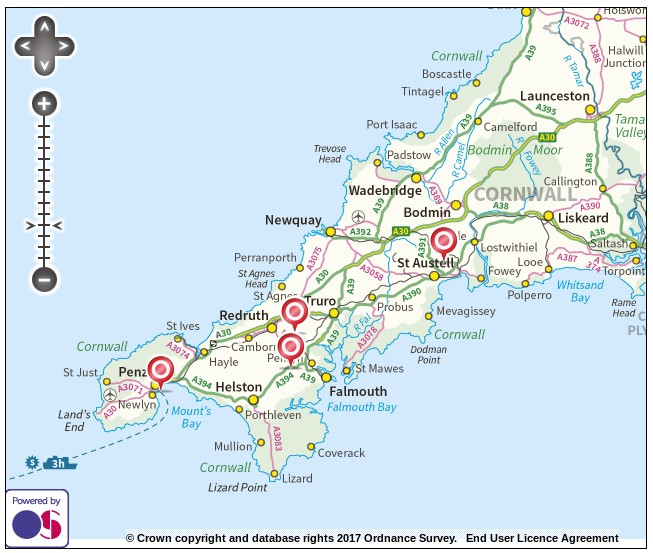 The prospect of lithium being “mined” in Cornwall also raises the question of what might happen to the metal once it’s been extracted? Perhaps Tesla and SpaceX founder Elon Musk will use the proposed Spaceport Cornwall nearby to ship the raw material to Tesla’s “Gigafactory” in Nevada? More realistically, perhaps Cornwall’s very own Lithium ion battery factory might be developed alongside Cornish Lithium’s hot brine wells?

Finally, for the moment at least, here’s some further information on Cornwall’s long mining heritage: