In a press release this morning Renault announced that:

Groupe Renault, Europe’s number one manufacturer of electric vehicles, is pleased to announce the creation of Renault Energy Services. The aim of this new subsidiary is to have an active presence in the energy and smart grid sectors, both of which are fundamental to the expansion of electric mobility.

We certainly won’t argue with that proposition, since we’ve been saying much the same thing at much greater length for over 5 years now! The press release continues:

It seems as though Renault are 5 years behind us on this one? There is more. According to Renault’s Senior Vice President for Electric Vehicles, Gilles Normand:

The creation of Renault Energy Services marks an important step forward. Investing in smart grids is key to both reinforcing the lead we enjoy in the European electric vehicle market and accelerating the EV industry’s scale-up.

This is what Renault’s “Smart Grid” infographic looks like: 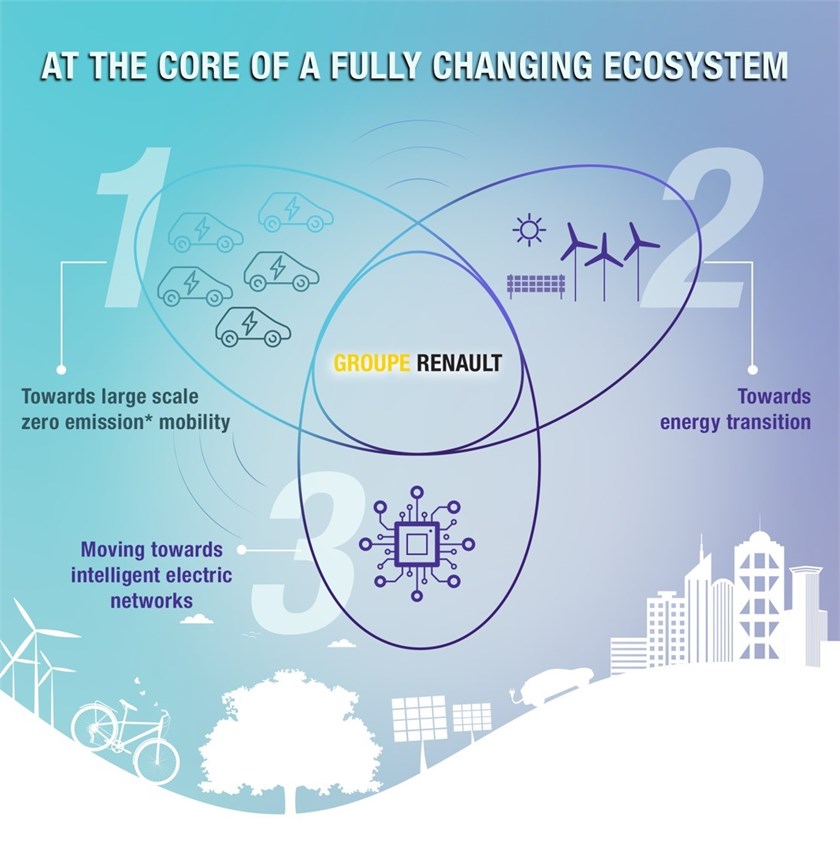 According to Renault’s press release once again:

Groupe Renault intends to make a real contribution to the expansion of smart charging networks which, by facilitating the communication of data, are capable of making real-time adjustments to the supply of electricity for more-efficient management of resources. Renault electric vehicles connected to smart grids will benefit from more economical, lower-carbon electricity. In addition to permitting the development of smart charging, smart grids favour both interaction between electric vehicles and networks (vehicle to grid) and projects involving second-life batteries:

Unfortunately the press release doesn’t include Gilles’ mobile number. That’s a shame, because I’d love to have a quick word with him!