In a press release yesterday the CHAdeMO Association made a most interesting announcement. Here is what they said:

CHAdeMO Association announced today their decision to jointly develop the next generation Ultra-Fast charging standard with China Electricity Council (hereafter CEC), China’s official association of utilities in charge of their national regulations and standards related to electricity. Two entities will sign a Memorandum of Understanding on August 28th in Beijing, China, to kick-start their collaboration.

CHAdeMO protocol, a Direct Current fast charging standard recognised by the IEC* and the most popular international standard with over 18,500 charging points covering the EV market worldwide, set its specification at 500V and 125A when it was initially defined in 2009. After updates in 2017 and 2018, its current specification goes up to 1000V and 400A to cater to the market demand.

CEC, a Government approved association in charge of starndardisation of EV charging equipment. is evaluating high-power charging technologies and promoting demo projects and pilot studies for the creation of a new, Ultra-Fast charging standard to prepare for the expected market needs in the future. CHAdeMO Association and CEC reached an agreement to jointly proceed with such development.

That potentially makes life easier for those of us beavering away behind the scenes developing international standards for electric vehicle charging. Here’s what the current “rapid charging” 50 kW CHAdeMO connector looks like in action: 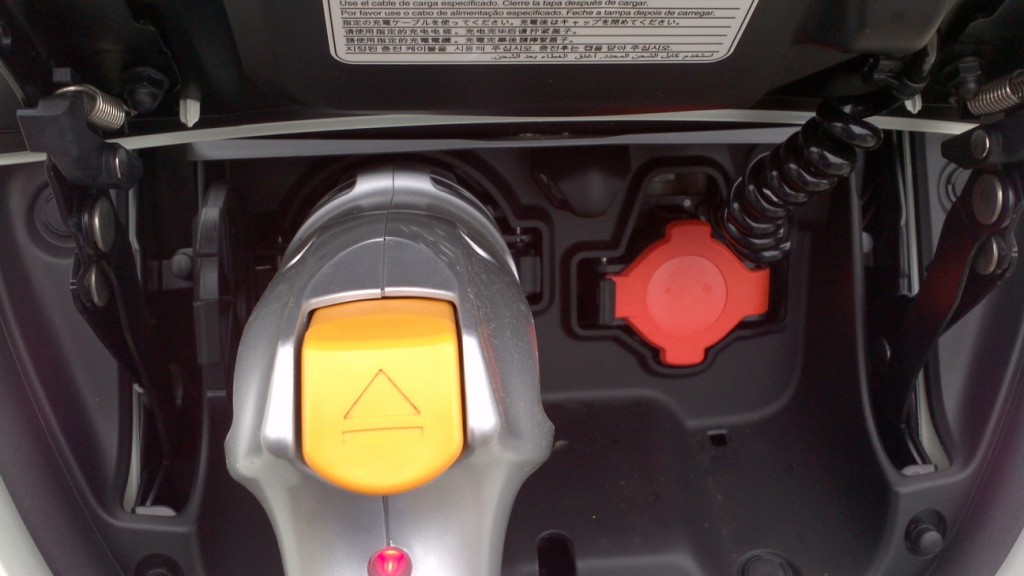 We are pleased to work together with CEC to develop an ultra-fast charging standard to prepare for the future charging needs, while ensuring safety and interoperability, which is a core value of CHAdeMO protocol. We believe the outcome of this joint development will pave the way towards a single harmonised standard in the future.

The members of CharIN group who are developing the competing Combined Charging System “standard” might well quibble over Dave’s “single harmonised standard” remark, since their stated mission is:

This joint development falls into one of the strategic categories defined as “Enhancing international harmonisation in vehicle electrification policies” in the Japanese government’s New Strategy for the automobile industry, which was recently announced by the Ministry of Economy, Trade and Industry, and will be strongly supported by both the Japanese and Chinese governments.

The Memorandum of Understanding aims to kick-start harmonisation for the next-generation international charging standard, for accelerating further deployment of electrified vehicles in wider vehicle categories, by starting the joint development activities based on the cutting-edge technologies foreseeable in the near term as an initial step.

As an apparent afterthought they finally point out that:

As an afterthought from us here at V2G UK in Cornwall’s (Silic)Inny Valley, here’s a 2018 Nissan LEAF charging from a standard UK 3 pin socket in our courtyard:

Perhaps the CHAdeMO Association and/or the CEC could lend us a suitably “ultra-fast charging standard” equipped vehicle for future such tests?