We have been following the development of the Sono Motors Sion “solar powered” electric vehicle with much interest for a while now. Here’s a new video from Robert Llewellyn’s “Fully Charged” series revealing recent progress by the Sono team:

Note in particular that at 10:35 into the video Jonny Smith says “It’s just so obvious you wonder whay it hasn’t been done before, followed by Fabian Duensing of Sion saying “This is, I would say, the secret weapon of this car”: 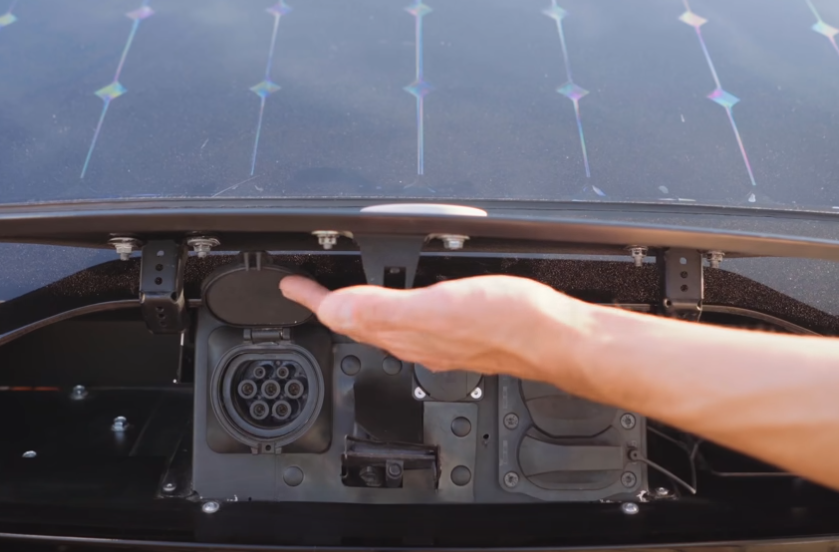 Through this one, the type 2 outlet, you can take back the energy from the battery of the car, not only to devices but to the grid.

So vehicle to grid?

To which Fabian responds:

So vehicle to grid! It’s not just hardware, it’s a lot of software as well, to make it able to actually do it.

Note also that under the other side of the charging flap there is a CCS socket for DC rapid charging of the Sion’s battery pack on those long trips from the city into the countryside.