Nissan Europe exhibited at the CeBIT exhibition in Hannover, Germany for the first time last week. According to their press release:

At the heart of its display at CeBIT, Nissan will showcase another autonomous innovation – Seamless Autonomous Mobility (SAM) system which was demonstrated earlier this year at CES. 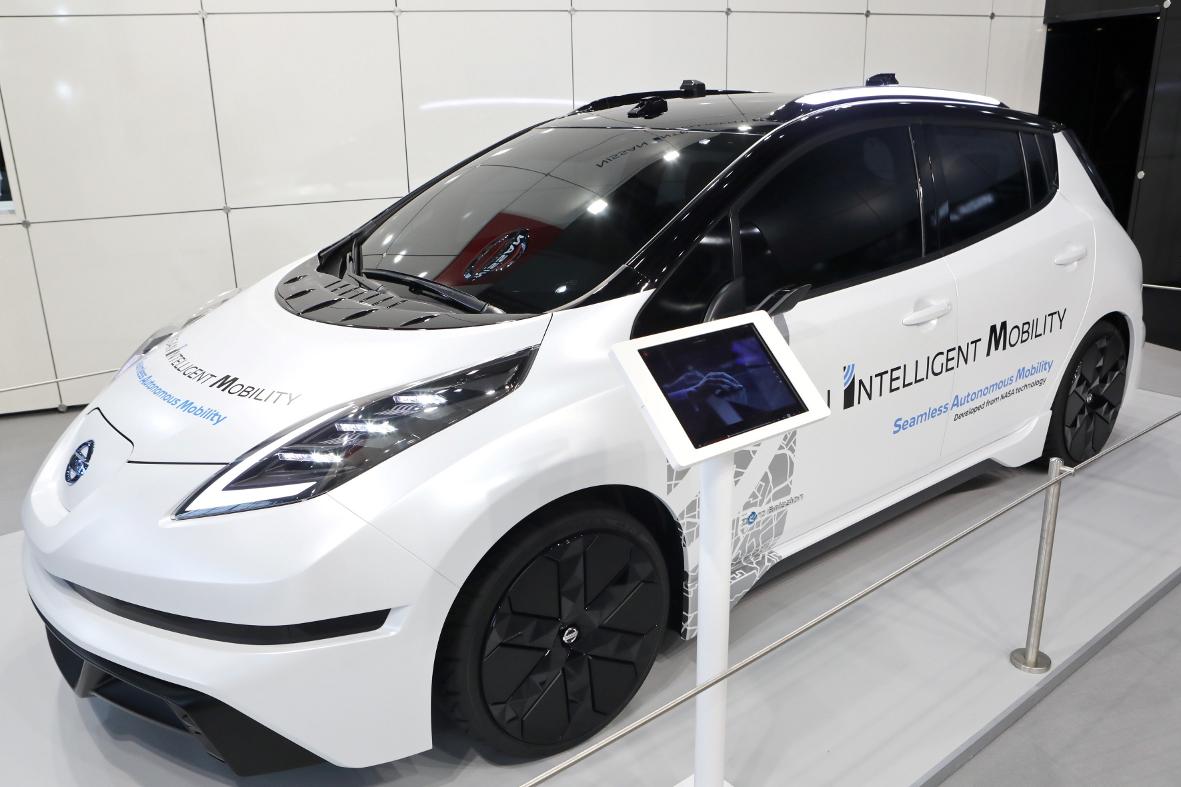 Developed from NASA technology, SAM partners in-vehicle artificial intelligence with human support to help autonomous vehicles make decisions in unpredictable situations such as accidents, road construction, or other obstacles. With SAM, the autonomous vehicle becomes aware of when it should attempt to negotiate the situation by itself, and when it should seek human assistance. Knowing how to manoeuvre these situations will be key to realising a fully autonomous driving future. 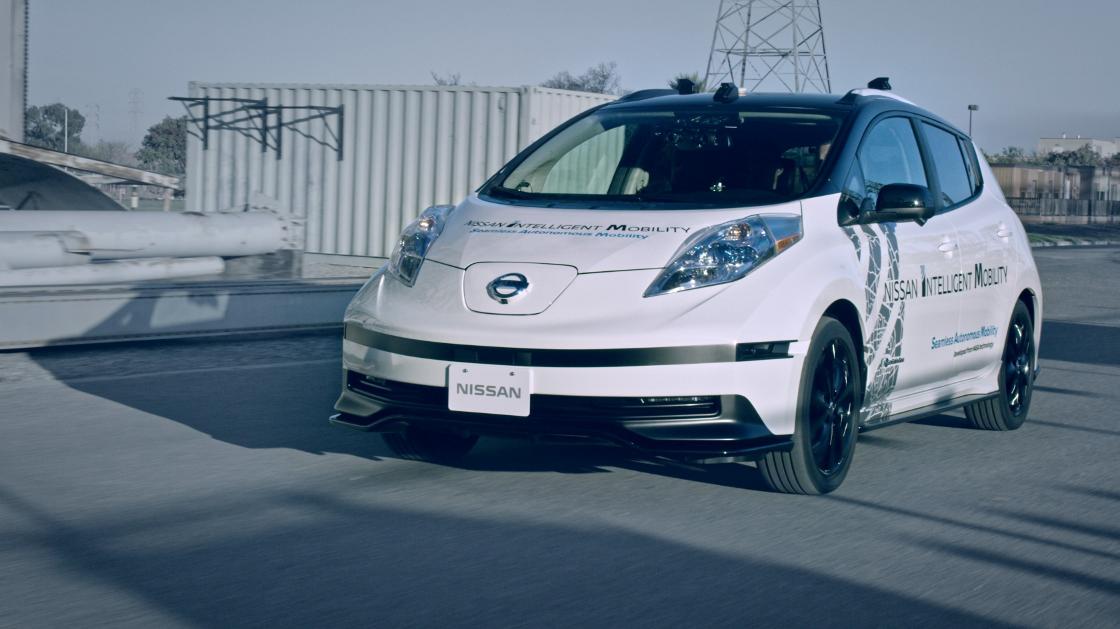 Nissan has also confirmed that phase one of its innovative ProPILOT autonomous drive technology will be made available in the new Nissan Qashqai launching in FY17 and the second-generation model of the Nissan LEAF coming soon. This technology enables single lane autonomous driving on motorways and is already available on the Nissan Serena which was launched in Japan last year.

What should we expect from Nissan’s assorted “autonomous” technologies? The answer is provided by Robert Llewellyn in his latest “Fully Charged” video! As Bobby puts it:

Our first ride in a fully autonomous car on public roads in the UK.

What this car can do already, now, is drive itself anywhere on the roads. Obviously this is not available now. You can’t buy one of these Nissan LEAFs yet. This is still a development vehicle.

The idea with this, according to Nissan, is that this will be part of standard cars in around 2020

The next question is obviously “when should we expect the second-generation model of the Nissan LEAF to become available in the UK?”. A partial answer has just been “Tweeted” by Nissan UK:

@ecocars1 The new LEAF will come with Pro-PILOT technology but more info about specifics will be available at the global unveil in Sept. ^ML

Meanwhile, and perhaps not entirely coincidentally, the Department for Business, Energy & Industrial Strategy has announced:

The first competition to access funding supporting the creation of test facilities for connected and autonomous vehicles.

Business Secretary Greg Clark launched the first competition to access funding from the government’s £100 investment programme supporting the creation of test facilities for connected and autonomous vehicles today (30 March 2017) at the Society of Motor Manufacturers and Traders Connected Conference in London.

In his speech to an international audience of over 400 industry leaders from the automotive and technology sectors he outlined plans to create a cluster of excellence in CAV testing along the M40 corridor between Birmingham and London.

Time for me to call our local Nissan dealer to try to arrange a “test driven”! Perhaps there’s one small fly in the BEIS ointment though? South West England isn’t “along the M40 corridor between Birmingham and London”.

P.S. Nissan have released a “teaser” video in the build up to the launch of the “next generation” 2018 LEAF: