We have mentioned the new “go further” Nissan LEAF previously on the V2G blog, and now thanks to JFE Nissan in Exeter we have the chance to test the new 30 kWh battery pack equipped 2016 LEAF for ourselves. According to the Nissan UK web site:

Every full charge will give you a range of up to 155 miles.

I don’t know about you, but we’d like to check that claim for ourselves! At the very start of our test the odometer on the bright white LEAF we were borrowing read 6 miles as we collected it earlier today, and had advanced to 11 miles by the time we got back to base: 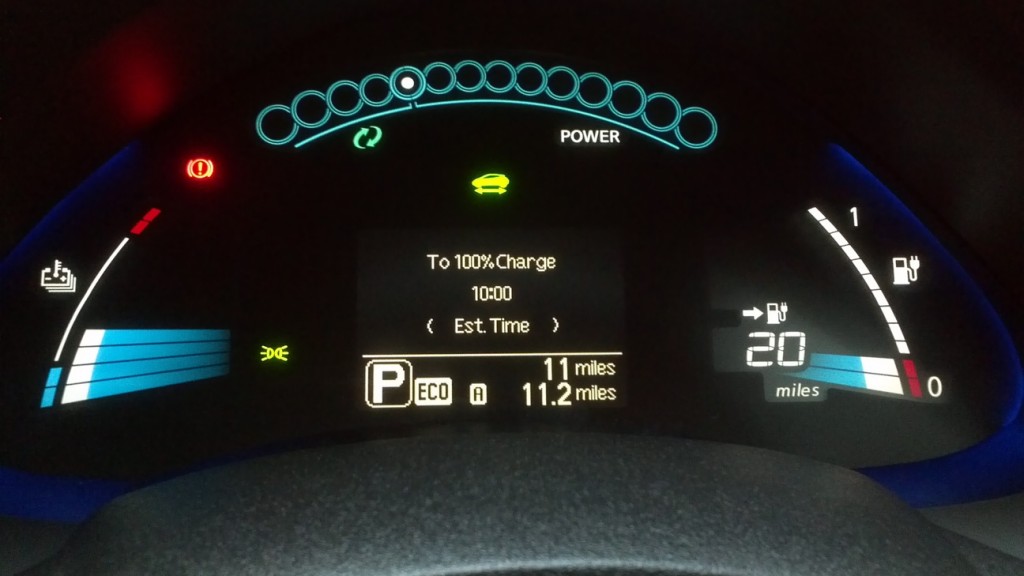 We had intended returning from Exeter to the wilds of the Haldon Hills via a main road. However before we left the Marsh Barton trading estate we consulted the LEAF’s handy traffic news feed, which revealed this: 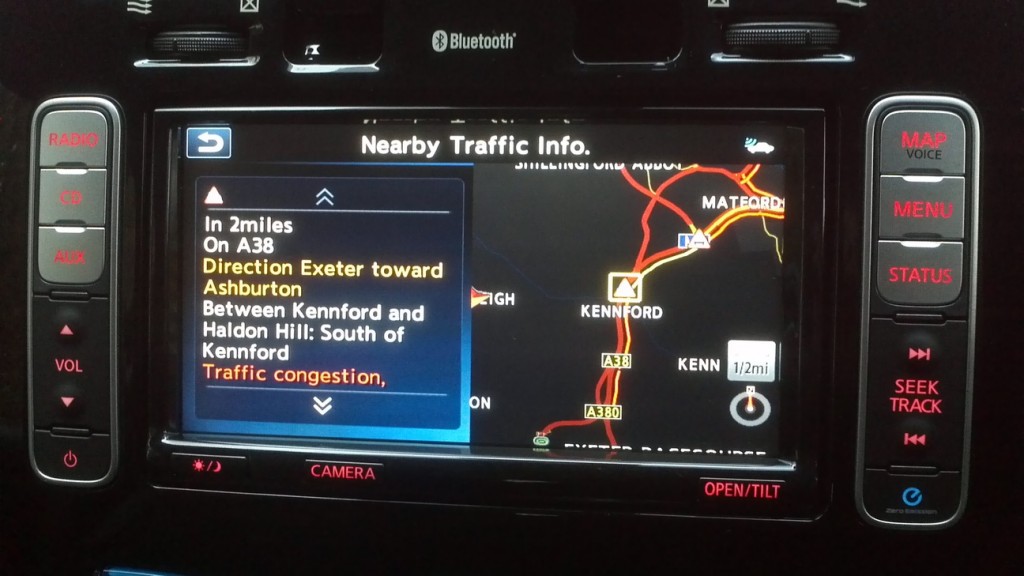 According to Radio Devon “a caravan’s been abandoned in the inside lane on Telegraph Hill”! Hence we took the scenic route through some narrow Devon country lanes, and ended up with 20 miles worth of range left in the traction battery pack, according to the LEAF’s dashboard at least: 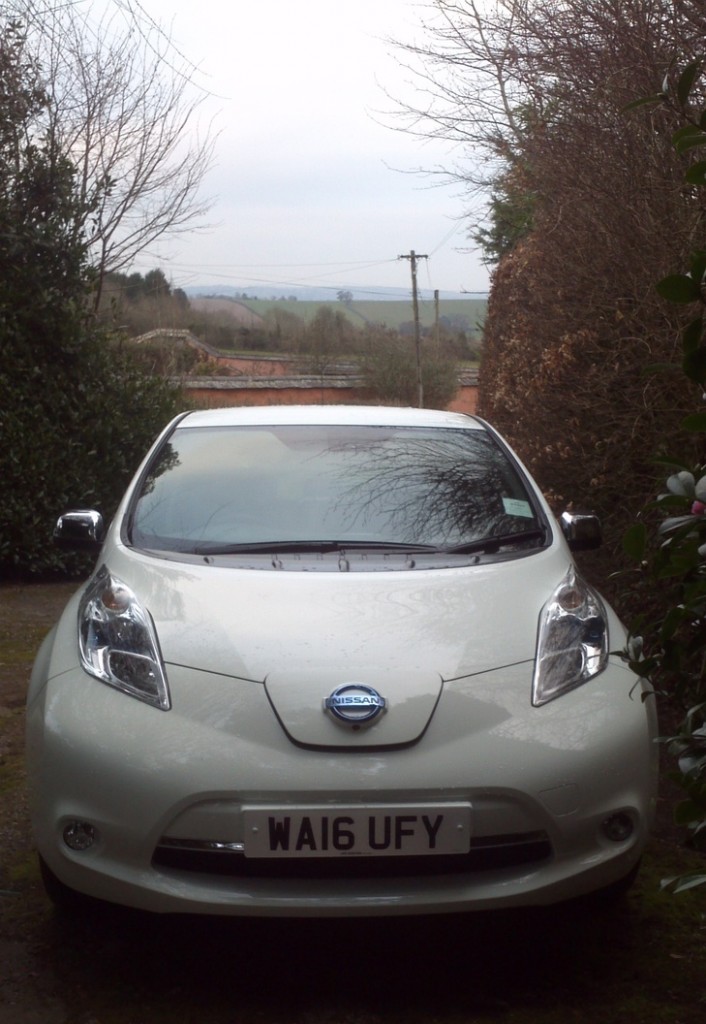 Having previously had some trouble using the rapid charger at Exeter Services, and having to avoid the motorway for other reasons on this occasion, we were in the perfect position to test the LEAF’s 13 amp “Electric Vehicle Supply Equipment” charging lead. We plugged it in at 18:30, and by 22:30 tonight the dashboard told us this: 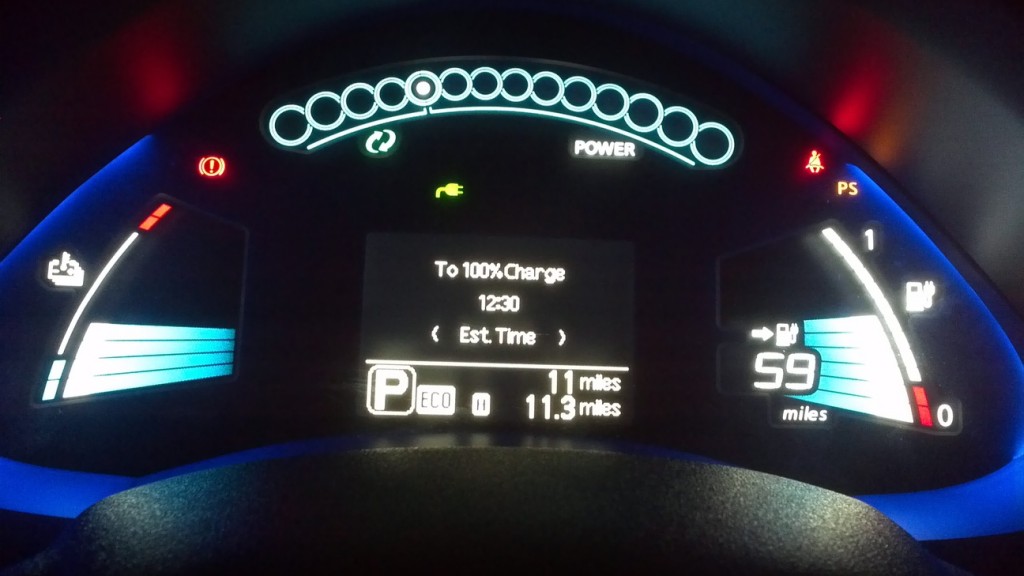 More from us tomorrow on our Spring 2016 LEAF test, but for now we leave you with the inimitable Robert Llewellyn’s take on the new LEAF:

À bientôt, as I believe they say in France.