In the first of my reports from the Regen SW “Community Energy Markets” conference in Bristol last Thursday I’ll be highlighting references in several of the presentations to what I like to call “Distributed Energy Storage“, which encompasses a whole lot more than just the battery packs in electric vehicles.

The first person to mention the subject was Jeff Hardy, who is Head of Future Consumers & Sustainability at Ofgem. His presentation was on the topic of “Non-traditional business models: Supporting transformative change in the energy market” which deserves an article all of its own in due course. However whilst discussing “rapid technological innovation” Jeff pointed out that “battery storage is the current flavour of the month”. After that Sonya Bedford, Head of Renewable Energy at Stephens Scown solicitors, also hinted at the subject in her talk about “Local supply models” in which she mentioned “Demand Side Response” and “Local Balancing Units”.

At the conclusion of the morning session Merlin Hyman, chief executive of Regen SW and our host for the day, asked if there were any questions from the floor. Nobody else seemed very keen to put their hand up, so I waved my arm in the air and was duly invited to stand up, state my name and affiliation, and then pose the panel a question. In the event I actually asked two. The first was to enquire if anybody else present was interested in international smart grid standards apart from me, since the LBUs that Sonya had mentioned seemed to me to come within the remit of the IEC 62325 standard working group which I am part of. Then I asked the panel whether the battery packs in electric vehicles were anywhere near being “flavour of next month” in the UK as yet.

Nobody responded to my first question, but Merlin framed my second question to the panel in terms of the recent “Powerwall” announcement from Tesla Energy. I was both pleased and somewhat surprised when Jeff pointed out that V2G was indeed on his radar screen, since he is “fascinated by EVs” and the “traditional battery worries have been overcome by technology”. Sonya was then good enough to mention that I had said much the same thing at the AGM of Exeter Community Energy earlier in the week.

After lunch James Owen, commercial director of Public Power Solutions, started off by giving us a history lesson about local electricity generation in the UK.  Then he went on to discuss the benefits of “Local Balancing Units”, “street level storage solutions” and “a true local smart micro-grid” amongst other things, using both Swindon and the Danish island of Bornholm as examples. James freely admitted to having pinched an infographic of Bornholm, so I’ve taken the liberty of pinching one of his! Here is PPS’s template for a future Bristol, or Bornholm, or the Isle of Wight, or anywhere else in Europe for that matter. 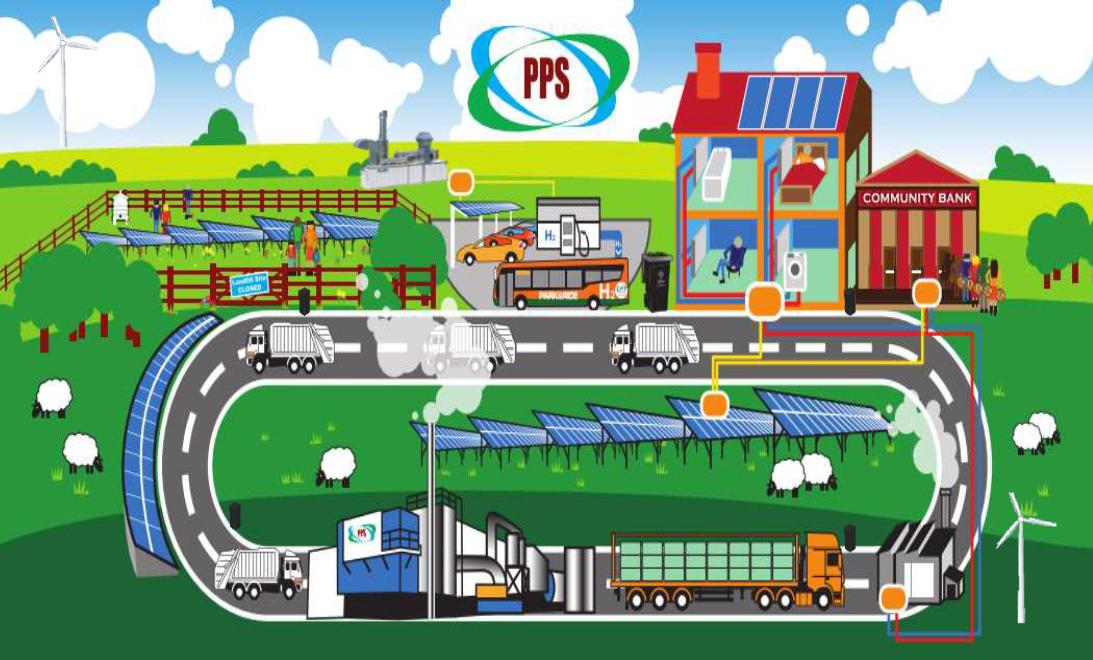 See if you can spot the difference between this version and the one on the PPS web site. It seems those recent additions are Tesla Powerpacks, and in my own vision of a future sunny Southwest England the cars under the solar PV canopy at the park and ride would be connected to similar “black boxes” that incorporate V2G functionality.

Having finally got the preface out of the way, I’d like at long last to mention some alternative battery filled “black boxes” from suppliers other than Tesla Energy. For “grid scale” battery storage you can repurpose EV battery packs like Sumitomo, or use batteries designed for the task from the likes of Saft.

Moving down to the domestic scale I note that for some strange reason the solar PV equipped dwelling in a future Bristol/Bornholm lacks a V2x equipped garage similar to the one shown in the V2G banner at the top of this article. Moving indoors Moixa’s Maslow predates the Powerwall by a long way, and is designed to power a DC circuit for LED lighting, computers etc. Quite possibly prompted by Elon Musk‘s recent announcement, Samsung have also launched a domestic version of their modular Energy Storage System (or ESS for short). Stefan Quandt (of BMW fame) has launched the SolarWatt MyReserve, which has already won an award at the recent ees Europe exhibition over in Germany. Varta also launched their Engion Element “storage for beginners” at ees Europe. Here’s how they looked at the show: 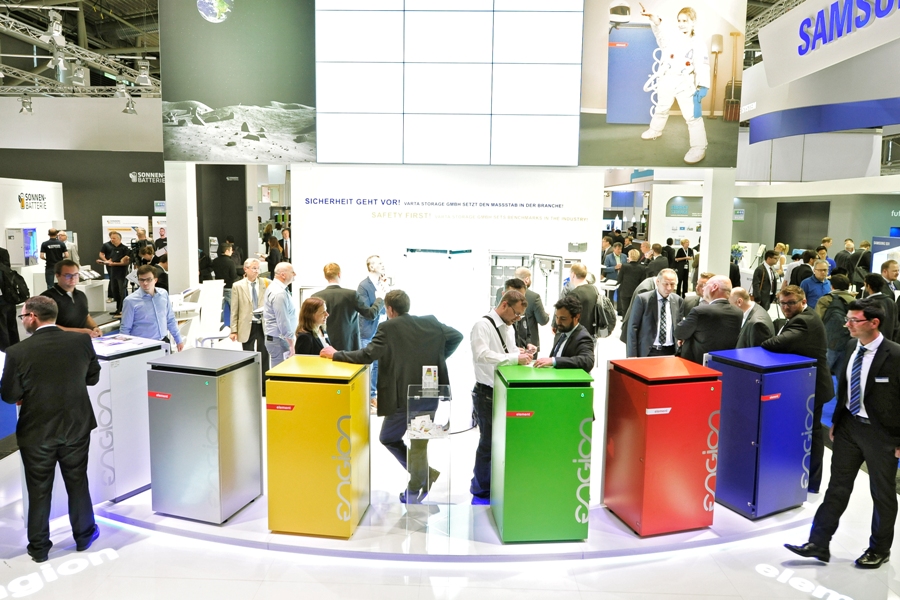 and just in case you haven’t yet tasted the flavour of the month, here’s a Tesla Powerwall for your delectation: 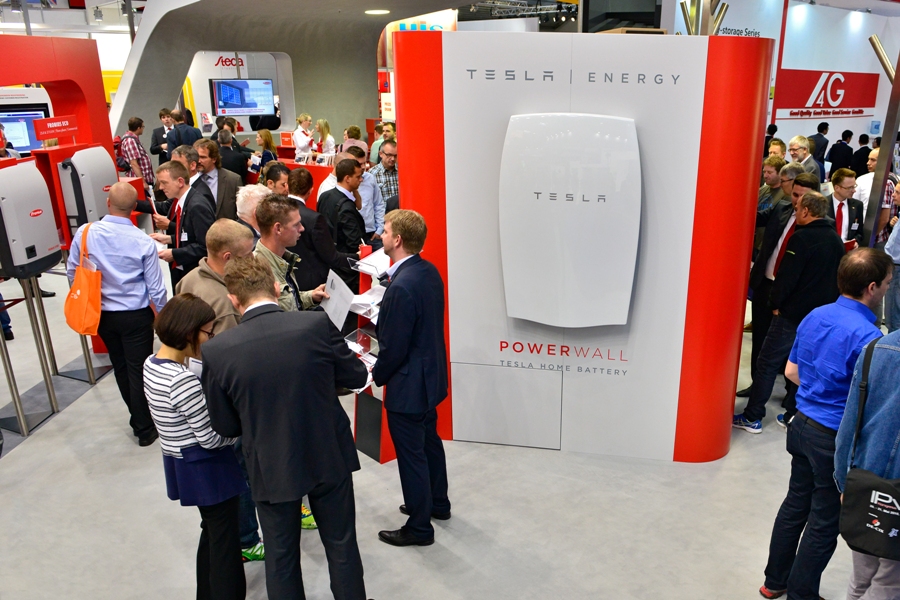 As you’ve probably gathered by now I have a lot more to say about all of this and more, including covering Anthony Price of Swanbarton’s talk dedicated to “Local balancing using storage”. However for the moment at least I cannot help but wonder what Ofgem make of all this “rapid technological innovation”, not to mention the potential associated “non-traditional business models” and last but by no means least, international smart grid standards!